Sometimes life just feels like its on a constant mission to make you crazy and I think things are particularly mental just after you’ve had a child, whether it’s your first, second, third, fourth…(if it is your fourth then you’re actually legitimately insane and you either don’t really, or really do, need to read this article) the adjustment is always huge and things can take a long time to settle.

I have a couple of things I need to do to stay sane, but mostly I’m not that great at doing them, so I thought I’d write it all down…

Douglas feels a different way about eating well, he thinks it means you have to wear food like facial hair…I mean, he’s not wrong. 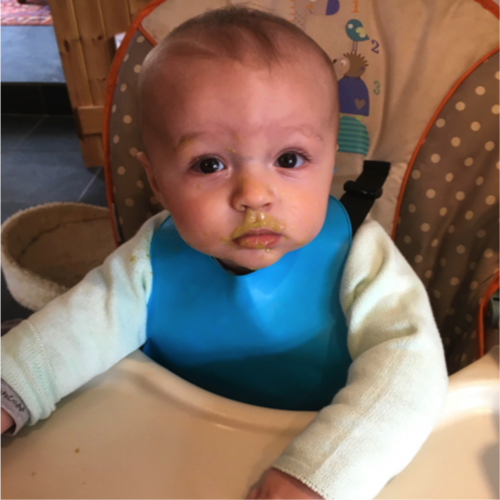 One thought on “How To…”

I haven’t been able to meet this precious pickle yet (😭😭😭😭) but I’m so glad she’s cuddled up in my knitting until I can actually cuddle her! So proud of you @dotsmith88 and miss you like mad! #welcometotheflock #knitstagram #knittersofinstagram #knittingforbaby #knittingtherapy #knittingtostaysane #knitter
Couple of things! 1, I made a skirt from a bedsheet. 2, I can’t decide which buttons to use. 3, I also can’t decide if the slightly mismatched pattern-matching will annoy me enough to start the whole thing again?! What do you think? #isewlation #sewing #sewist #sewistofinstagram #sewingtostaysane #slowfashion #sewingsewingsewing